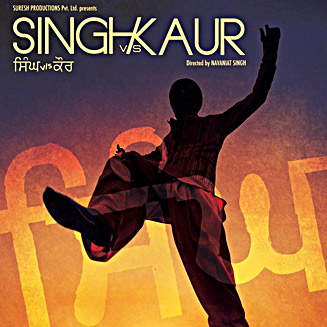 Singh vs Kaur is a Punjabi romantic comedy starring Gippy Grewal, Surveen Chawla, Japji Khaira and Binnu Dhillon in lead roles.Singh vs Kaur was released on 15 February 2013. Gippy Grewal will be seen in a turbaned avatar for the very first time in his entire film career. The film is also the first Punjabi movie that has been produced by a multi-lingual producer, D. Ramanaidu.

Release Date
15/02/2013
Label
Lokdhun
iTunes
Amazon
Watch Full Movie
Wiki
Nihal Singh (Gippy Grewal), living in the village of Nalun tattebha is considered a burden on the head of villagers and they all decide to throw him out of the village on the advice of Sarpanch (Avtar Gill). Nihal's mother is a widow who lost her husband when Nihal was only a few years old. Meanwhile, Nihal's best friend Taari (Binnu Dhillon), who is addicted to watching girls with his associates on the Internet and print their photos out, plans an idea to clear up the whole situation. Read More